Isles is pleased to announce five new members to our Board of Trustees. Marty Johnson, Isles’ President and CEO says, “These trustees guide and support Isles, while also representing those we serve throughout the region. We are honored to work alongside them.” New Trustees include: 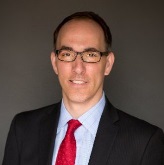 Christopher Cramer is the Vice President of Business Development at CytoSorbents, a critical care company specializing in blood purification to control deadly inflammation in critically-ill and cardiac surgery patients. Previously, he was Senior Director of New Venture Development at Johnson & Johnson (J&J). Prior to that, he was the Worldwide Strategic Marketing leader responsible for developing and executing branding and business development strategies for J&J’s minimally invasive weight-loss surgery division. Prior to J&J, he held multiple leadership positions at PwC Consulting and Parametric Technology Corporation. Chris earned his BS degree from Miami University and MBA and MS degrees from Carnegie Mellon University. He joined Isles’ Board of Trustees in 2017.

Gary A. Gray is a Director of Finance in the Global Wealth and Investment Management division of Bank of America Merrill Lynch. His responsibilities have included the accounting functions of financial statement preparation, foot note disclosure, and general ledger installation.  Business management functions over his career have encompassed budgeting, project management, regulatory reporting, financial projection preparation as well as new product reviews.  Mr. Gray received a B.S. degree in Accounting from Hampton University and is currently pursuing a MBA from Rider University.  Additionally, Mr. Gray is a proud member of Kappa Alpha Psi Fraternity, Inc. He joined Isles’ Board of Trustees in 2017.

Karen McGuinness serves as the Associate Dean for Graduate Education at Princeton University. Before she assumed her current role in fall 2004, she was a Lecturer in Public and International Affairs at Princeton’s Woodrow Wilson School, teaching a range of courses, including The Politics of Public Policy, Gender and Development; Bottom Up Approaches to Development; Alternative Development Strategies; and Undergraduate Policy Taskforces on Microfinance and Poverty Reduction. She received an MPA from Woodrow Wilson, and worked for the Ford Foundation in New York and New Delhi for more than 6 years covering human rights and capacity building in China, India, Nepal, and Sri Lanka. Karen also has an M.A. in Government from Cornell and has conducted research on social movements, pro-poor policies and policy change in Andhra Pradesh.

Melanie Willoughby is the Chief Government Affairs Officer of the New Jersey Business & Industry Association (NJBIA), where she leads a highly respected lobbying team, fighting for pro-business policies in the legislature as well as workforce development and innovation. She is the founder and co-chair of the InnovationNJ Coalition, which promotes innovation collaboration between business and higher education. In 2012, she was appointed by Governor Chris Christie to the New Jersey State Employment and Training Commission, where she chairs the NJ Employability Skills Task Force, and in 2004, she was appointed to the NJ Mandated Health Benefits Advisory Commission, where she is currently Vice Chair. Melanie is also actively involved in the Rutgers College Alumni Association, Junior Achievement, and the New Jersey Women’s Political Caucus. She is a Rutgers University Eagleton Institute Visiting Fellow and has a bachelor’s degree from Rutgers College. Melanie joined Isles’ Board of Trustees in 2017.

Willard Stanback has been engaged in the practice of law for more than 20 years. He is the principal of Willard Alonzo Stanback P.C., where he assists high-tech, low-tech and “no-tech” clients in the creation, protection and commercialization of their business and individual objectives.  Previously, he worked in the legal affairs department of the E.W. Scripps Company, Sega Channel, Reed Smith, and Morgan & Finnegan. Willard holds a B.S. from the Massachusetts Institute of Technology, and Masters of Engineering and J.D. from University of Virginia. Willard joined Isles’ Board of Trustees in 2017.