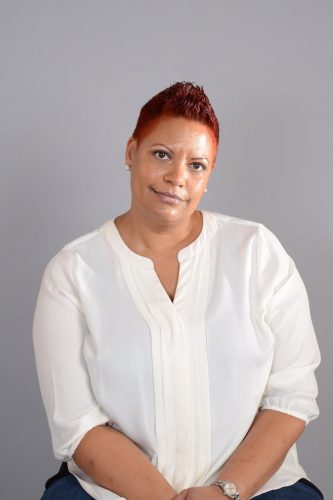 Rachel Cogsville-Lattimer was born and raised in Trenton, NJ.  She is an Investigator for Child Protection and Permanency for the State of New Jersey. Some of her responsibilities include investigating abuse and neglect referrals, and working with local law enforcement agencies including Mercer County Prosecutor’s Office.  She also provides assessments, counseling, and connects families to appropriate service agencies.  She has recently resigned from the Special Protection Unit within CP&P.  Mrs. Cogsville-Lattimer is retired from the State of VA Department of Corrections and was the third woman to be placed on the Emergency Response Team at her former direct male prison.

Mrs. Cogsville-Lattimer received her B.A. degree in Sociology from Norfolk State University.  After moving back to Trenton in 1996, she restarted her neighborhood civic association and is the President of Cadwalader Place Civic Association.  With strong commitment throughout the years, her neighborhood was awarded a grant for over 2 million dollars for the purpose of rehabilitating abandoned properties and hardscapes.  She also started a community garden that is still underway on an abandoned lot.

Mrs. Cogsville-Lattimer is currently the 1st Vice President of the Trenton Council of Civic Associations (TCCA), a member of the West Ward CPAC, and is the 2014 Citizen Legislator via Citizen Campaign.  Rachel has assisted Isles in the Abandoned Property Survey and was one of Isles’ incubator gardeners at their community garden.  She joined Isles’ Board of Trustees on January 1, 2015.