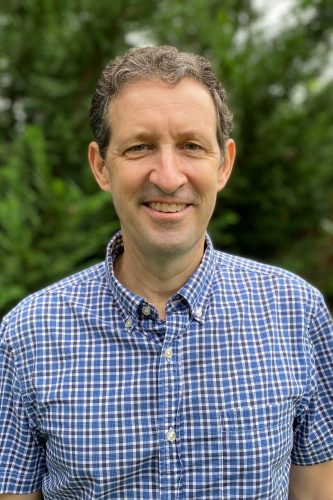 Sean Jackson is the CEO Designate of Isles. Prior to this position, Sean served as a Trustee of Isles, and Chair of the Real Estate Development Committee. In early 2019, Sean stepped off Isles’ Board of Trustees to oversee the completion of the Social Profit Center at Mill One, a 75k sq ft redevelopment project that is converting a formerly vacant historic mill into office, studio, and flex space.

Previously, Sean was Senior Vice President of Rosemont Associates, where he assisted a wide variety of clients with government relations issues before federal, state, and local government officials and agencies. He worked with hospital systems, real estate development firms, environmental remediation specialists, an electric vehicle charging firm, and several Fortune 500 companies, and assisted in managing the remediation of a 35 acre industrial site in Jersey City. In addition, Sean managed development of properties in the City of Trenton on behalf of Woodrose Properties. He was also Of Counsel at the Murphy Orlando Law Firm in Jersey City.

Prior to that, Sean served for four years as U.S. Senator Robert Torricelli’s Chief of Staff in New Jersey.  Sean was responsible for relations with the state and local elected officials, aiding municipalities with federally funded projects, overseeing New Jersey media relations, and managing a twenty-five person staff.

Sean received his BA in history and political science from the University of Michigan and his J.D. from Rutgers Newark School of Law.