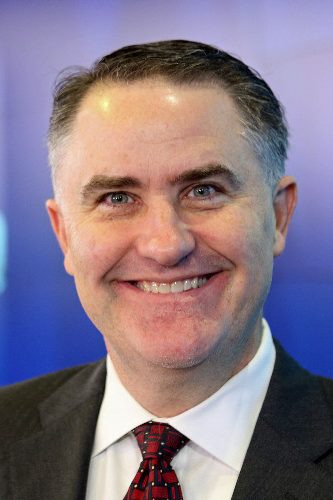 Thomas J. Sullivan was appointed President, Chief Executive Officer, and a Director of NJ-based A&E Medical Corporation in July 2018.  Prior to assuming this position, he was the President, Chief Executive Officer, and a Director of two public medical device companies, Symmetry Surgical Inc. (2014 – 2018) and Symmetry Medical Inc. (2011 to 2014).  He held numerous executive and functional leadership roles at Johnson & Johnson in the United States, Canada, and Puerto Rico from 1990, when he joined as an Intern, until 2011.  Mr. Sullivan graduated as a Palmer Scholar from The Wharton School in 1991, where he earned an MBA. He also holds a Bachelor of Science from the University of Pittsburgh.  Mr. Sullivan currently serves as an Independent Director on the Board of Directors of Natus Medical (NASDAQ: BABY) and served as an Independent Director for Span-America Medical Systems Inc.  He joined Isles’ Board of Trustees in 2015.